Why that candidate over 50 might be your best new hire

Employers struggling to find workers in today’s tight job market may need to look more closely at older candidates to fill vacancies, experts say. Too often, employers have biases against workers over 50, believing they’re on the retirement track, and missing out on skilled candidates.

“In a supply-short market, good people are hard to find … You can get so much value from the mature worker; 9.8 times out of 10 they’re going to be terrific employees,” says Alan Kearns, managing partner and founder of CareerJoy, a national people and culture firm that works with both employers and jobseekers.

Mature job candidates can help with the employment gap created by pandemic dislocation, and employers need to put away stereotypes that mature workers over 50 are less innovative, won’t fit in a youth-oriented workplace, lack latest-technology skills and have health issues, career coaches and seniors’ advocates say.

“Employers have to start educating themselves on how older employees can perform and can be successful,” says Bill VanGorder, chief operating officer for the Canadian Association of Retired Persons (CARP). “The old-fashioned idea that your mind doesn’t work as well when you’re older is as false as the idea that 65 is the right time to retire.”

For instance, he points to studies showing older entrepreneurs have a better track record at establishing successful businesses than younger ones.

One common stereotype is that mature job seekers aren’t tech-savvy.

Nancy Elliott took a break from the work force to care for her family and returned in 2015 at age 50. While she didn’t experience ageism in job interviews, she has encountered assumptions that she’s not technologically adept.

After an initial part-time job at a church, Ms. Elliott landed a job in student services at the Crescent School, a private school in Toronto in 2017. Her job involves managing both digital and paper student information, helping with report cards, dealing with government documents and university applications.

She says students sometimes assume she won’t have the tech skills required because of her age.

“I’m very technical. I work with databases. I’m not a programmer but I’m a superuser, for lack of a better word.”

Ms. Elliott developed her expertise in her early career as an advertising project manager. She used to buy direct-mail programs, so she was familiar with data mining and data cleanup.

“I think people who’ve been in the work world [longer] bring so much more to the table in terms of problem-solving skills. We’ve seen a lot of different things, like changes in technology,” she says. “We need to stop apologizing for being older.”

Before returning to work after her career break, Ms. Elliott took the Rotman School of Management Back to Work program at the University of Toronto, aimed at women returning to the work force after taking time off.

Beatrix Dart, a strategic management professor at Rotman, says companies involved in the program recognize these mature candidates coming back to the work force are “hidden gems.”

“In the U.S., some companies are going out to attract returners because it’s such a talent pool.

In Canada, it’s still a little smaller,” says Dr. Dart. “I think the market is missing out on that.”

Adds Dr. Dart: “The feedback we get from corporate partners is great maturity, great judgment … and loyalty.”

“They’re not looking for what’s the newest and the sexiest,” he says.

In today’s market, employees are likely to stay at a job in two-year chunks, Mr. Kearns notes.

“I think with a mature employee, you can double that,” he says. “What’s the cost of training and retraining, identifying, recruiting? It’s very expensive. Mature employees stay longer and are more loyal.”

An older hire may seem inappropriate for youth-dominated sectors, such as tech or startups with a young team. But career experts suggest age diversity can be an asset.

“Some of the startups feel they need the maturity,” Dr. Dart says. “They’re looking for someone on the operational level to build out a company and build out a team. … Once you’re past 20 employees, you have to have somebody who can do the HR, accounting … you need someone who can do the processes, not just someone who loves the product.”

Realistically, Mr. Kearns says some company cultures align more with a younger demographic and tend to bias to millennial or Gen Z professionals.

Older hires can also bring more stable personal lives to the table, Mr. Kearns says. Many are past the stage of raising young kids, for example.

Still, some employers are concerned about the physical health of older workers.

Mr. VanGorder worries the pandemic, which put a spotlight on very old and at-risk seniors in hospitals and long-term care, seems to have left an impression of seniors in general.

“Less than 7 per cent of older Canadians are in some kind of care. The other 93 per cent of us are still very active in jobs and the community,” he says.

For older jobseekers, there are some pro-active strategies for getting past ageism in the hiring process.

Dr. Dart suggests getting up to speed before the job search on digital skills with team collaboration tools such as Slack and understanding the importance of digital marketing such as the LinkedIn profile helps. Courses and programs can also help to build confidence.

Mr. Kearns advocates addressing the stereotypes in interviews by talking about loyalty to an employer, getting up to speed quickly on past projects, fitting in with different ages of co-workers, adaptability and open-mindedness.

Kathy Kerr is a freelance writer. She has written for the Globe and Mail, the Real Estate News Exchange and Mercury Publications as well as other B to B and business publications. 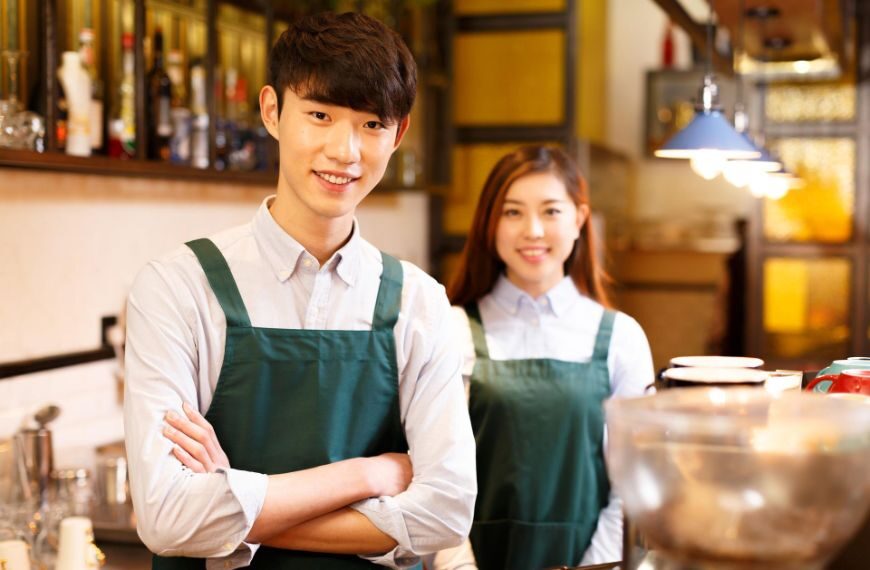